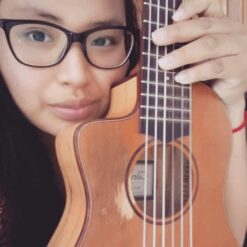 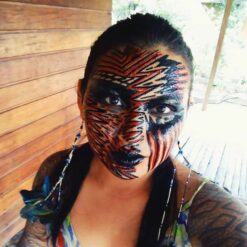 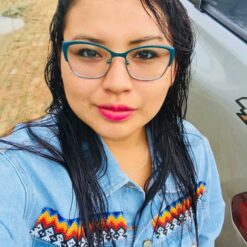 Feminine Force, the name says it all!

Força Feminina or Feminine Force is a Rapé prepared by one of the daughters of the chief of the Yawanawa. Before this new time of reconnecting to their cultural roots and medicine, their medicine work was exclusively for males. Chief Biraci’s wife Putani Yawanawa is the first woman together with her sisters to engage in condoned spiritual work. She and her sisters for the first time undertook their one-year initiation diet. Their daughter Nawashahu carries on the work of her parents, receiving and singing her medicine songs and making this beautiful Rapé.

The recipe is the basic Yawanawá, a good strong tobacco blended with Tsunu ashes. Força Feminina is powerful snuff, one of our favorites!

Rapé is one of the most sacred medicines for the Yawanawá and they were instrumental in bringing it to the world. They call it rumã and in their mythology it goes back to the beginning of time, when their legendary king Ruwa became the first human to die. When they buried him, many sacred plants grew for the first time over his body, and one was the tobacco plant. The shaman decided to dry it and grind it into powder and so rumã was first made to help the people heal themselves and reach the spiritual planes. When the first white man came to theit tribal lands the first thing the chief did was give him Rapé to see what this man was made of. In their tradition many medicines can be used for good and evil depending on the intention of the person using it but not Rapé, it can only be used for good. Naturally this doesn’t mean that it cannot be overdone and be bad for your health.