The Beija Flor is the hummingbird, the tiny bird that brings joy and happiness wherever it goes. It is considered a messenger bird of spiritual healing by the indigenous people. This simple but nicely finished kuripe represents that message of joy and healing.

This kuripe was crafted using bamboo and resin. The beak is crafted from a palm seed of the forest.

Be the first to review “Kuripe – Hummingbird” Cancel reply 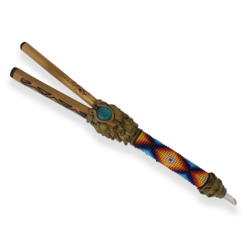 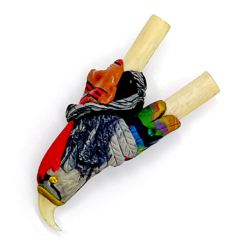 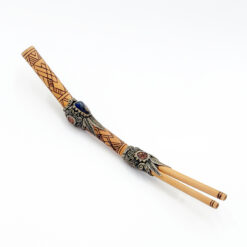