A touch of eucalyptus, fresh and uplifting. Medium strength.

Katukina Blond is a beautiful fresh Rapé made by our friends from the Katukina tribe. It is made with a mixture of local organic moi tobacco and the more potent natural corda or ‘string’ tobacco. They add a touch of eucalyptus for extra freshness. It helps to open the nasal passages and clear the mind. The Katukina Blond Rapé is a pleasant and medium strength medicine.

The Katukina are a tribal nation of several hundred people in the Acre state of Brazil. They use rapé for its shamanic and medicinal properties, and also use the tree frog medicine kambo in healing ceremonies.

Their culture is based on hunting and swidden agriculture, and is divided on the basis of sex. Men learn to hunt and clear the forest for growing food. The women maintain their homes, care for children, wash clothes, manage the farmland and prepare food. Family groups live in small villages, and there are also a number of different clans within the Katukina culture. They live spread out across a region including the Gregório and Campinas rivers.

One group that is sometimes attributed the name Katukina lives on the shores of the Envira river – but these people call themselves Shanenawa, and are not the same ethnic group as the Katukina who live on the rivers Campinas and Gregório.

Around half of the Katukina also speak Portuguese, which they use to communicate with non-Indians. Katukina children are given a unique Portuguese name in addition to their Katukina name.

The Katukina were dramatically affected by the appearance of whites in their lands. During the rubber boom of the late 1800s, gangs of rubber tappers attempted to displace the Katukina from their lands, or murder the indigenous groups who stood in the way of the supply of rubber.

The Katukina fled, and as a result ended up spread across a large region, forced to abandon their swiddens and forage from the wild instead. Their population also suffered from disease and lost many numbers to the violence of the colonists.

In addition to rapé and kambo ceremonies, an important cultural practice for the Katukina is the ‘jests’ or vete that act as social and matchmaking events. Groups of men and women taunt each other, hurl abuse, and even attack with their fists, while trying to steal sugarcane or papaya from the opposing group. The game ends when the elder women of the group have possession of all the sugarcane and papaya – mirroring how the women of the society manage all the food. The vete is important in offering an opportunity for flirtation and matchmaking for unmarried men and women.

Be the first to review “Katukina Rapé – Blond” Cancel reply 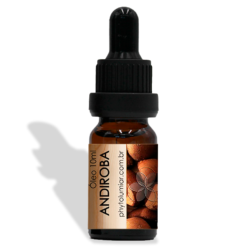