Our friends at the Tete Pawã arts and medicine collective have made this beautiful Kuripe. It has a 10ml Rapé container crafted in the finishing of the piece, helping you to keep everything you need in one place.

All prices are in US Dollars / USD

Our friends at the Tete Pawã arts and medicine collective have made this beautiful Kuripe. It has a 10ml Rapé container crafted in the finishing of the piece, helping you to keep everything you need at in one place.

This kuripe was crafted using bamboo and resin.

This model was made by our handicrafts experts at the Tete Pawã arts and medicine studio. They are located in the upper Juruá region of Marechal Thaumaturgo municipality, way up on the Amazon river. The only way to get there is a two day boat journey or with a four seater airplane. They have been our close partners since 2014, always delivering state of the art handicrafts and their excellent Kuntanawa Rapés.

A snuff auto applicator is a V shaped instrument. It is called a “Kuripe” in the native language.

The Kuripe is used in the following way. You load it with the right amount of Shamanic Snuff for your personal need. One end is put in the mouth and the other in the nose. Without inhaling one gently blows the rapé into the nose. Kuripes can be made of different materials. The most common materials are bamboo or bone but they can also be made of metal or wood.

The secret of a good application is in the way the rapé is blown into the nose. Always before blowing clear and elevate your mind. Think positive and visualize positive things; your intentions will flow with your breath.

There are many different breath strengths and styles that can be used for blowing. The most common blows are named the beija flor (the hummingbird), and the jiboiá (the boa constrictor).

1 review for Kuripe with Snuff Container 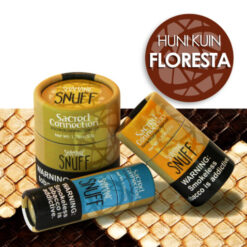 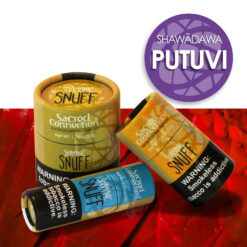 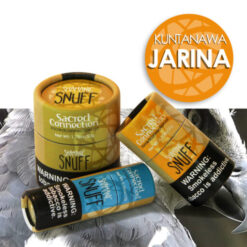 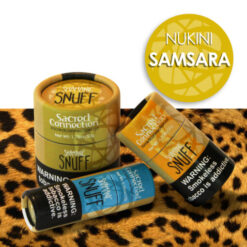 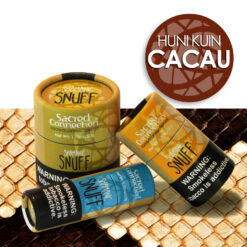