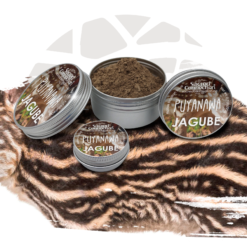 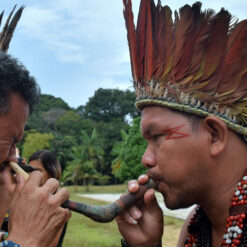 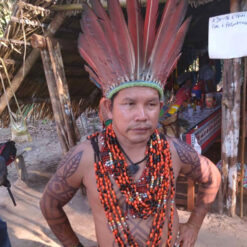 Made with ashes from the Banisteriopsis caapi vine.

Jagube is another of the nearly endless list of names given to the Banisteriopsis caapi vine. The vine that is the main ingredient of the legendary Ayahuasca brew. Jagube is the name some Indigenous tribes use to denominate the vine, Other Ayahuasquero groups including the Santo Daime tradition Brazil use this name. Another name commonly used is Mariri. It is the vine of the soul, in their traditions a vehicle for communication with the spiritual realm where the ancestors reside. The Puyanawa make this Rapé with the ashes of the vine – a tradition started by their Cacique, or chief. They brew mainly the bark of the vine to make their Ayahuasca sacrament. As such the wood of the vine was left over and they have started to use it for making ashes.

The vine gives strength and stamina to the brew. It is what opens the visions from the leaves but also gives grounding. The Uniao do Vegetal (union of the plants) Ayahuasca religion tells the story that the first person to make the tea made it from only the leaf and went so high he dis-incarnated. Then on his grave grew the vine and they mixed the two and this became the union of the plants, the Uniao do Vegetal. This is a legend that has some errors because the leaf without vine has no effect but it conveys a meaning of the place of the vine as grounding and connecting to the earth.

Our Puyanawa friend and Rapé master says that in the Puyanawa jagube Rapé the ash of the vine also takes that place in the Jagube Snuff. It transferes these mystical and mythical qualities of the vine to the medicine.

The medicine got its flavour from a touch of pixuri leaf. It is the favorite herb the Puyanawa add to their rapé for its cleansing and elevating properties. Pixuri seeds have also a culinary use. They have a pleasant flavour and go by the name of Brazilian nutmeg. The leaves are good for herbal baths for energetic cleansing and other magical potions.

They use the known and trusted strong Sabia tobacco to give the medicine its potency.

Be the first to review “Puyanawa Rapé – Jagube” Cancel reply 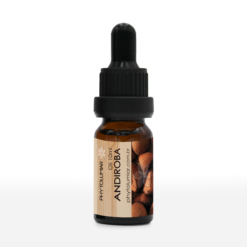