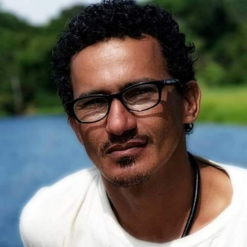 Our normal Paricá blend is strong, the Xtra is extra strong.

Our normal Parica blend is already not for the weak hearted, but this Xtra blend is especially strong. A strong shamanic snuff to guarantee success, made with extra strong rustica tobacco and ashes from the bark of a tree locally known as Parica (not to be confused with the Yopo snuff that is sometimes also known as parica). This one is darker in color containing more tobacco and less ashes.

This Rapé is made by one of the better non-indigenous Rapé crafters of the region. Growing up deep in the forest he started working as a youngster tapping rubber, and only saw a city for the first time when he was sixteen. He is a great connoisseur of the forest, its flora, and its medicines.

The people called Caboclos are the fruit of historical syncretic relations dating back to the post-colonization period of our continent, bringing a fusion of Indigenous, European and African elements. This is where new nuances of tastes and knowledge fuse to give us the unique rapé blend presented here. In this mixture of peoples that is the population of the Amazon we find some great Rapé crafters making beautiful medicine bringing their own cultural influences.

Rapé is a medicinal snuff, usually made with tobacco, found throughout the Amazon. It is used in traditional Amazonian medicine and shamanism as a medicinal herb, and as a tool for shamanic journeying. 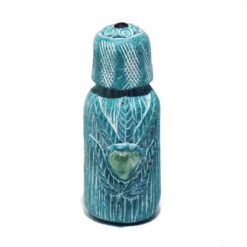