Murici is a classic of the Huni Kuin, a great rapé for general use.

Murici is a classic of the Huni Kuin or Kaxinawa tradition. A nice and simple rapé great for general use. Although the Huni Kuin have a vast variety of recipes and ingredients they use in their sacred snuffs, the Murici blend is a standard similar to what the Tsunu blend is to the Yawanawa: rice and beans, the daily staple (in Brazil).

The Murici tree is a common tree in the forest and produces a fruit much appreciated by forest animals. According to the Huni Kuin, Murici rapé helps to fight fatigue and keeps ones spirituality active. Its action is associated with the joy of celebrating with friends.

About The Huni Kuin

“The shaman gives and takes life. To become a shaman, you go alone into the forest and wrap your entire body in embira. You lie down at a path intersection with your arms and legs outstretched. First come the night butterflies, the husu, who completely cover your body. Next comes the yuxin who eats the husu until reaching your head. Then you grab him tightly. He transforms into a murmuru palm, which is covered in spines. If you’re strong enough and don’t let go, the murmuru transforms into a snake, which wraps around your body. If you keep hold, he transforms into a jaguar. You continue holding him. And this continues until finally you’re left holding nothing. You’ve won the ordeal and you can speak: you explain that you want to receive muka and he gives it to you”. [Siã Osair Sales]

The Huni Kuin are one of the indigenous peoples who live in the Brazilian and Peruvian Amazon, speaking the Pano language and with a long cultural history of ayahuasca and sacred snuff usage.

Huni Kuin means “true people” or “people with traditions” in the Pano language. The Huni Kuin are also sometimes known by the name Kaxinawá – although this name is rejected by the Huni Kuin themselves, and seems to have originated as an insult. Kaxi means bat, or cannibal, but may also mean people who walk about at night.

The Huni Kuin claim that the true shamans, the mukaya, those containing within themselves the bitter shamanic substance called muka, have died out – though this has not prevented them from practicing other forms of shamanism, deemed less powerful but equally effective. Other capacities, such as knowing how to communicate with the yuxin (the spiritual realms), are possessed by many adults, especially older people.

Consequently, we could say that no shamans exist and – equally – that many exist. A salient feature of Huni Kuin shamanism is the importance of discretion in relation to a person’s potential to cure or cause illnesses. The invisibility and ambiguity of this power is linked to its transitory nature. Shamanism is more an event than a crystallized role or institution. This fact also derives from the strict abstinence from meat and women imposed on the mukaya shaman.

Ayahuasca consumption, considered the preserve of the shaman in many Amazonian groups, is a collective practice among the Huni Kuin, practiced by all adult men and adolescent boys who want to see ‘the world of the vine.’ The mukaya is one who does not need any substance, nor any outside help to communicate with the invisible side of reality. But all adult men are a little bit shaman to the extent that they learn to control their visions and their interactions with the world of the yuxin. 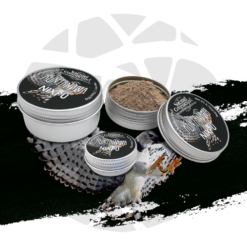