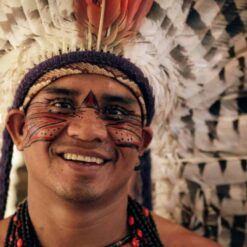 The Nukini are called the people of the jaguar. In Portuguese the Jaguar is the Onça Pintada. It is a shamanic power animal of the indigenous peoples of the Amazon but none take it as close to heart as the Nukini. Xiti, a young cultural and spiritual leader of the tribe. Xiti is the top Rapé master of his people and he makes this particular medicine. Nukini Onça is his signature blend with his personal selection of sacred herbs. Unfortunately he doesn’t like to disclose the herbs he uses in this special recipe. This is a beautiful masculine medicine with strong effect, good for deep meditation. Nukini Onça is a winner!

The Nukini are another tribe who nearly lost their Rapé culture with the rubber boom but brought it back more recently. Their snuffs became known as some of the most sought after mainly because if the high quality Nukini Rapé from our partner Xiti. He also is a talented musician of traditional and Portuguese songs. For those who like to know you can hear him here. 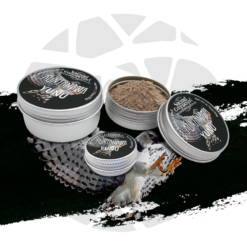 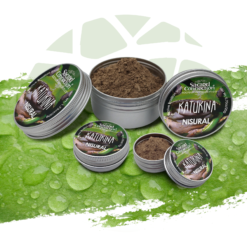