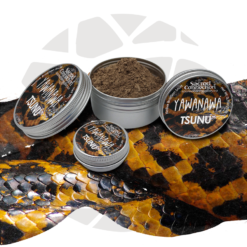 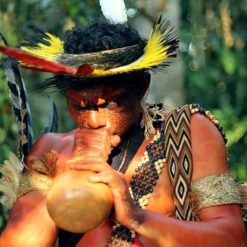 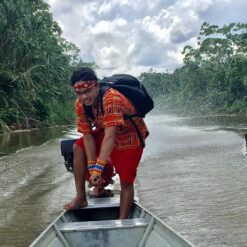 Yawanawa Tsunu is our all-time favorite. Simple and to the point.

Yawanawa Rapé Tsunu is our all-time favorite. It is prepared with the ashes of Tsunu bark and artisanal corda tobacco of the highest quality. The Tsunu is a tall and majestic tree, being considered one of the most sacred of the Yawanawa people. Tsunu snuff has many benefits attributed to it, as it is thought to have the power of healing and spiritual strength, helping with energetic cleansing or to fight physical tiredness.

Rapé is one of the most sacred medicines for the Yawanawá and they were instrumental in bringing it to the world. They call Yawanawa Rapé rumã and in their mythology it goes back to the beginning of time, when their legendary king Ruwa became the first human to die. When they buried him, many sacred plants grew for the first time over his body, and one was the tobacco plant. The shaman decided to dry it and grind it into powder and so rumã was first made to help the people heal themselves and reach the spiritual planes. When the first white man came to their tribal lands the first thing the chief did was give him Rapé to see what this man was made of. In their tradition many medicines can be used for good and evil depending on the intention of the person using it but not Rapé, it can only be used for good. Naturally this doesn’t mean that it cannot be overdone and be bad for your health. 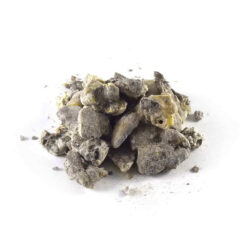 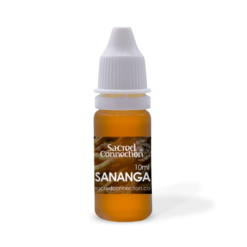